“Deals” is newly introduced section in the IME Pay app which allows users to find and redeem various discounts, package deals and combos, offered by IME Pay Merchants like restaurants, spas and other stores. The new feature was launched on July of 2019 with several deals exclusive to IME Pay. The deals section in the IME Pay app displays a list of merchants nearby you, based on your location. In the top of the screen, users can view the highlights, some of the best deals offered in the app. Besides that, customers can also view the most popular deals out of them all.

IME Pay also introduced a two other brand new features on the app; Request Money and Invite Friends. The “Request Money” feature is a convenient way for users to ask for fund from their friends, family and others they know and trust. With this feature, users can request, receive and send money with almost anyone registered into IME Pay.

On the other hand, the “Invite Friends” feature allows users to share their unique invitation code to their friends via SMS and social media and get rewarded with points for every new friend that signs up to IME Pay using their code. With this feature, when invited friends register to IME Pay using the invitation code the new user also receives reward points which they will be eligible to use only after their KYC is approved.

Read more: How to invite and earn on IME Pay? 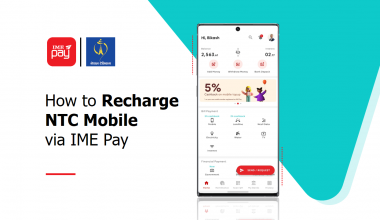 Read More
IME Pay has introduced remittance services with the intention to bring remittance into the digital streamline. The app…