The IME Family commemorated its 19th Anniversary on 12th June, 2019 with a Blood Donation Program organized in the halls of IME Complex. Over 80 IME employees donated blood during the program.

We later celebrated the 19th Anniversary with an Annual Gala and Dinner Program that took place on the 19th of June at Alice Reception, Gairidhara. It was a mega event where over 600 members of our vast IME Family came together to celebrate the 19-year long journey to where we are now. The evening started with pictures and videos being taken as the guests walked the Red Carpet. As the guest got seated inside the grand hall of the venue, the program commenced with an opening speech by Raju Paudel (Media and Public Relations Manager, IME Group). Followed by the viewing of the IME Journey Video, highlighting IME’s major achievements throughout the 19 years.

Our respected leaders, Chandra Prasad Dhakal (Chairman, IME Group) and Hem Raj Dhakal (MD, IME Group) and Suman Pokhrel (CEO, IME Ltd.) shared their valuable insights and vision for IME Group and the society. They also handed awards to the employees who have stuck with and grown alongside IME for over 10 years to acknowledge their hard work and perseverance.

The evening was made all the more delightful with vivacious dance and music performances by some of our most enthusiastic and talented colleagues. The line-up also included guest performances by celebrity singers Subani Moktan and Abhiskar KC. One of IME’s Foundation Kids, Satiram Rokaya also sang his heart out for the audience. As the program came to an end the DJ took over and got everyone singing along and dancing to the most popular beats.

The event represented the grand occasion in the most gracious manner, thanks to the dedicated efforts of our Event Management Head, Ajay Gurung and his team. Kudos to the organizers and Congratulations to the IME Family!

How to download and register IME pay on iphone? 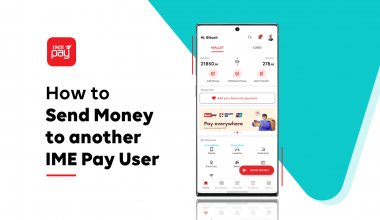 Read More
On 25th December 2019, a Memorandum of Understanding (MoU) was signed between IME Pay and Lumbini Bikas Bank. According…
UUncategorized