IME’s training center successfully organized Phase IV of the Digital Gaun Abhiyan. Digital Gaun Abhiyan is a training initiative that commenced in February of 2019, as a medium to educate the public in rural areas about digital services. The Phase IV of this initiative is another set of gatherings organized as a continuation of previous digital training sessions that took place in Rasuwa, Nuwakot, Bardiya, Dhading and several more. In persisting with this attempt to make our public technologically savvy, a series of training sessions were provided starting from 7th July to 12th July in several locations within Sunsari and Siraha district.

Digital Gaun Abhiyan – Phase IV comprised of training sessions in Dewanggunj with 71 beginner participants, Bhokraha with 58 individuals and Chatara with 63 female participants. During these gatherings, a total of 192 novice individuals were provided direct coaching, out of which 85% were female participants. This is considered a big accomplishment and milestone in the history of this initiative.

With the key motive of encouraging participants to download IMEPAY App and recommend the same to others, it was vital for the training team to ensure that the trainees understood the app and all its functions. For that reason, the trainers opted to prioritize interaction and two-way communication. The assemblies were hosted by in-house speakers along with guest speakers, and games and activities were arranged to keep the participants engaged. They were also provided with training kits and certificates of participation to boost morale.

According to Madhav Katuwal (IME Limited, Head of Sales Training Department), in the future the Digital Gaun Abhiyan committee plans to reach major remote areas like Doti, Bhajhang and Darchula, where there is lack of banking services. The team already has plans to undertake the Digital Gaun Abhiyan in 20 districts of Nepal in this fiscal year. In Nepal, 55% if the population is still currently unbanked, which is why with this IME Pay initiative, the team aims to reach these unbanked households to expand financial inclusions and mass awareness regarding digital payment system. Furthermore, with only 26% of the female population being aware of digital finances, the team intends to uplift the female audience in these training sessions and improve these numbers.

The IME training committee’s ultimate motto is to encourage the rural public to make proper use of our wide POS network, whether it be for cash transfer and payments or to utilize IME Pay services. Looking at the bigger picture, Digital Gaun Abhiyan is a CSR initiative taken by IME Pay for the community with the aim to empower them with the access and knowledge of the digital payment system. 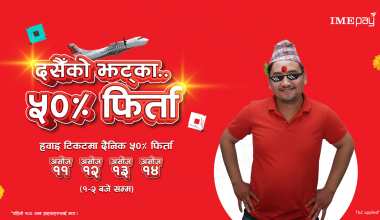 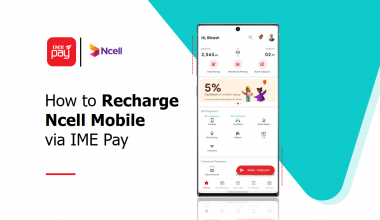 Read More
IME Pay is an advanced digital wallet that allows users to transfer money from wallet to wallet, pay…